Andrew went to Valley’s Homecoming dance  last night. Before the dance he went out for dinner with his friends Will and Tatum, then they headed to the dance. Andrew said it was great, a lot of his friends were there, and the loud, non-stop music made it hard to actually talk with anyone.

Today we headed about 90 minutes north, to visit Sedona. We went for a 5 mile hike, climbed bell rock, visited downtown, and then headed to the airport to catch the tail end of the sunset. On the way home we stopped and In-N-Out Burger for our second visit of the trip.

Andrew often spends time in his room alone listening to the radio. I think he knows more about what is going on in sports than I do. 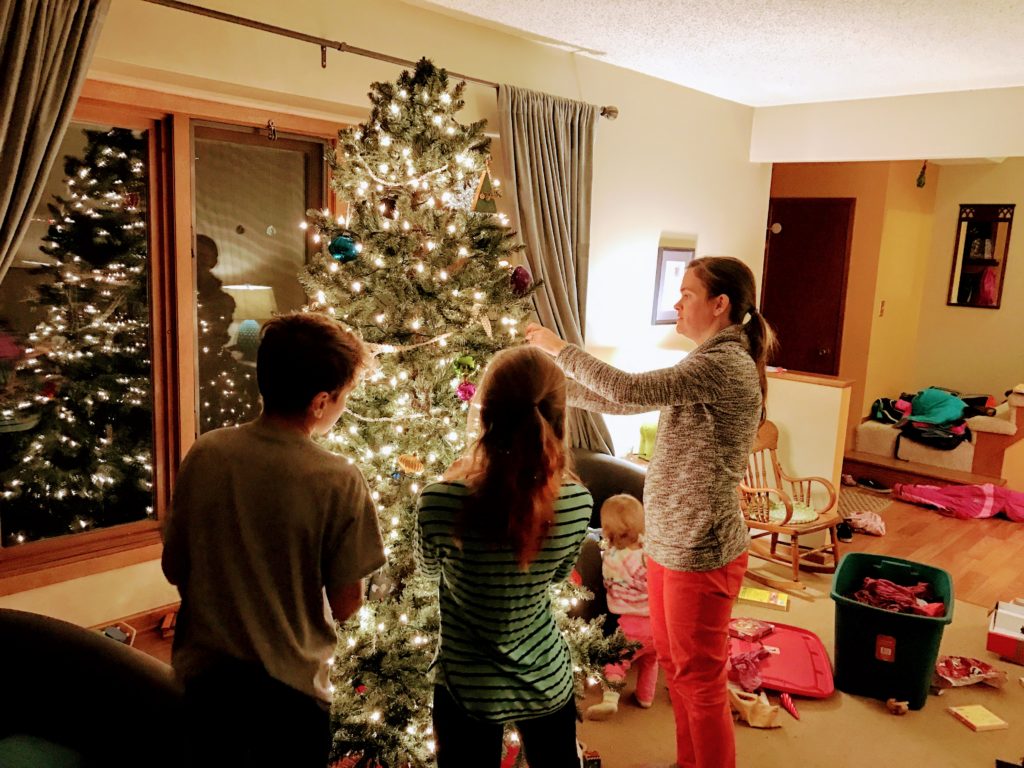 Little known fact: we are big Katy Perry fans. We enjoy her consistent hits and fun, positive songs. Today she was in town for a Hillary Clinton rally and we had to be there, so we were. Mari was at a friend’s birthday party, but he rest of us headed downtown for the rally.

After standing around for about 90 minutes Bill Clinton took the stage first. He did a great job, speaking without notes and working the crowd. He introduced Katy, who sung 3 songs and spoke a little. After Katy Hillary came out and said a few words before the crowd headed to the Jefferson-Jackson dinner. We went home.

Someone else’s full video. The audio is a little off in the beginning, but it is OK.

May Faire 2015 was a success! It was another beautiful day, which it always is for May Faire. I think this is our 5th year of hosting and it gets easier every year. People from Bean Sprouts always help out and step up to provide a fun party for the kids.

The kids have been obsessed with brackets for the past month. With their basketball brackets only getting action on certain days, they decided to make some family & friend brackets, filling out the brackets with names and then flipping a coin to see who wins.

The kids were outside this afternoon and they decided they wanted to play hockey on the creek. A few minutes later we had our shovels and skates out and were getting to work. We were cut short by the dark, but I can tell we are going to enjoy having the ice skating in our back yard!

Safety notice: How thick was the ice? I am not sure. It looked really thick but I didn’t have time to drill. Tomorrow I am going to drill a few spots to see the ice depth. No one fell in, and it is supposed to stay below freezing for the foreseeable future.

This evening at the Liess Christmas gathering Mari played Jingle Bells for us. It was fun!

We had a great Christmas day today. The morning was spent opening presents and eating our traditional Christmas breakfast – chocolate chip pancakes. This afternoon we had the chance to spend some time relaxing before heading to Mimi and Papa’s for Christmas dinner with the Liesses, the Connors, and the Reagens.