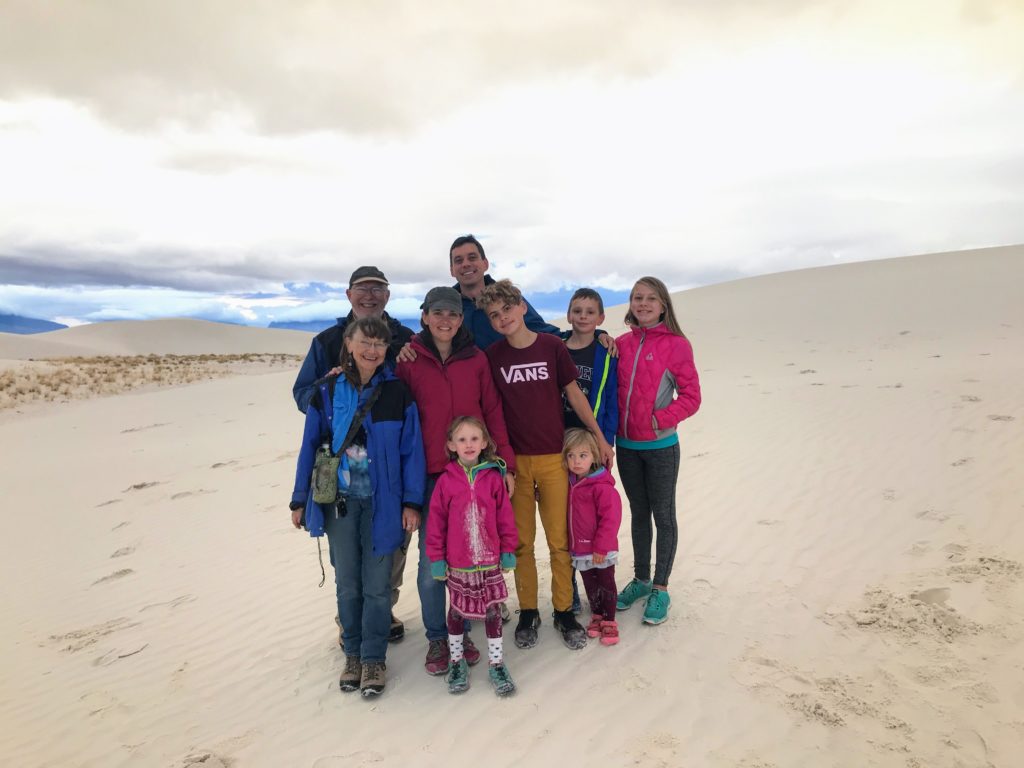 Las Cruces is close to White Sands National Monument, a huge dune field made of gypsum, which when it is bright and sunny is nearly as white as snow. Earlier in the week we made plans with Jon and Linda to meet them there after work and then we were going to go back to their place for dinner. Jon was my mentor when I started working at Xavier as a student and Linda worked in the cubicle right next to me. They moved to New Mexico a few years ago, so we don’t cross paths very often.

It was a good plan, but then I got sick. I ended up skating through work on Thursday and we had already made plans to leave Las Cruces after work on Friday, but we still wanted to see them and the dunes. I was functional enough after work to stumble my way to through the dunes and Jon and Linda met us there to hang out. Afterward we just went back to our respective houses, rather than to theirs.

Our visit to the dunes was nice. It was a cloudy, rainy day, so the dunes were hard and not as white. It actually made it easier to walk on and the kids still found plenty to do. It was great to see Jon and Linda and I am very glad that I was able to make it and that they were willing to risk exposure.