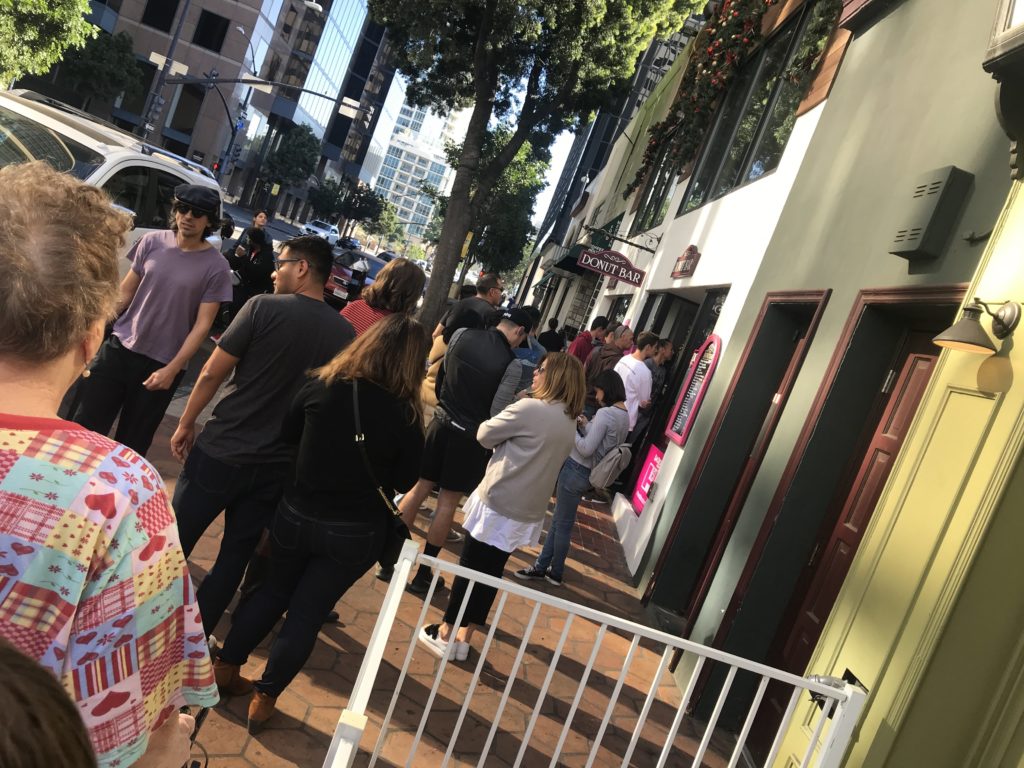 San Diego has a very popular donut shop, Donut Bar. We headed there this morning to check it out. It was a neat experience. The line was out the door, but being a donut shop it moved pretty quickly. Also, we are in San Diego, so having to stand outside is not the end of the world. The shop was hip & trendy, with a nice interior. They are open Friday and Saturday evenings so they also have beer on tap for those occasions.

The donuts were cool. Their standard yeast donut was huge and they generally topped it very well. They also offered some super-fancy donuts and some cake donuts. Overall it was good. Was it better than Busken, Hurts, or Holtmans? I wouldn’t go that far.