Today we celebrated Andrew’s 12th birthday! The oldest of our kids, it is almost the hardest to believe how old he is. I imagine that could change as Rose gets older.

Mar-Mar and Be-Bob made it to town this weekend to catch some soccer games, celebrate some birthdays, and we also managed to squeeze in Rose’s baptism. Overall if was a very busy, fun weekend.

Andrew at 12 continues to love life. He has had a new friend, Will, move in down the street and they have been having a lot of fun together. For his birthday he also received a hatchet and an archery set and he has been enjoying taking advantage of the outdoors. His typical day has him waking around 8 (usually with my help). He reads, stumbles around, eats breakfast, and gets ready for the day. He does a good job with his school work, attacking anything I can put in front of him. He still enjoys Harry Potter, Rick Riordan, and many graphic novels and comics. This fall he is playing on a Northwest Soccer team again and he is loving it (all the kids are, in fact). He is on the same team as Ian, with his old coach, Drew. He still tends to stay up late, going to bed later than me and Susan with some frequency. 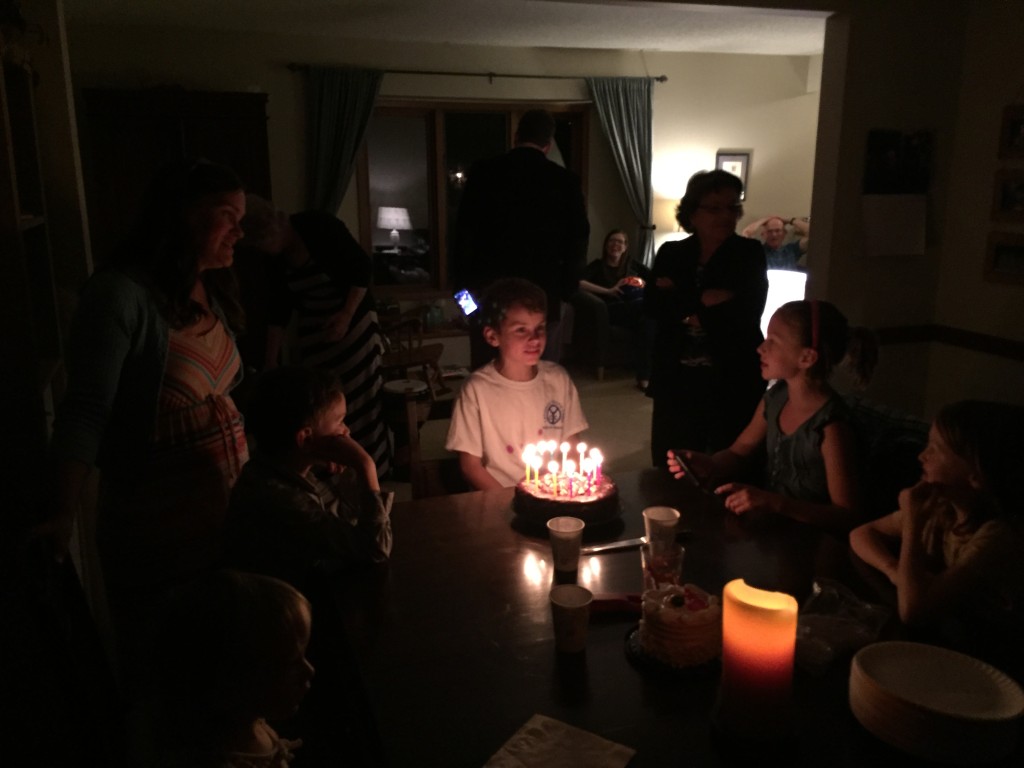